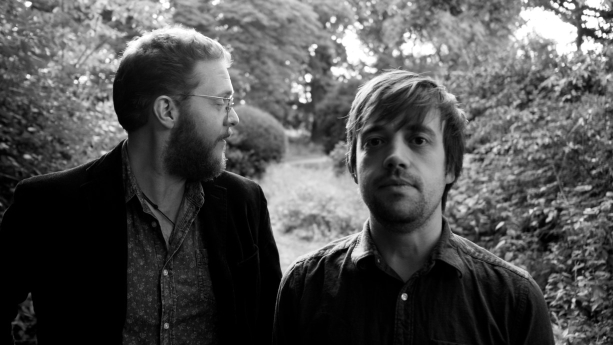 Having landed back home after their countrywide tours supporting Ralph McTell and 10cc, Smith & Brewer are bringing their brilliant live show to Cambridge. If you haven’t seen them play before, you’re in for a real treat – first class musicianship, beautiful harmonies, rip-roaring guitar solos, and a stage presence that will hold you spellbound! They are bringing their new full-band show to Cambridge for the first time.

It promises to be an awesome night. Early booking recommended.

Since then, they have played together all over the UK, notably at Fairport’s Cropredy Convention 2018, the
2018 Cambridge Folk Festival and the UK Americana Awards in 2017, as well as at the AmericanaFest in
Nashville in 2017 where they were invited to showcase.

Smith and Brewer supported both 10cc and Ralph McTell on their Autumn 2018 tours of the UK, and they
also recently sang backing vocals on Ralph’s upcoming album, produced by Tony Visconti.

They have recently finished work on their debut album, Another Shade Of Smith And Brewer, which was
recorded at Coltsfoot, a friend’s barn which they converted into a studio for a week. This allowed them to
record together live both as an acoustic duo and a full band. The tracks were mixed by Ben and Jimmy and
mastered by David Mitson (noted for his work with Michael Jackson, Willie Nelson and more).

Ags Connolly
As a live performer, Ags has headlined shows across the UK, Europe and the US while also opening for various international artists including Rosanne Cash. Ags has been featured on both Bob Harris’s BBC Radio 2 Country show and his ‘Under The Apple Tree’ sessions, while being championed from various quarters including The Guardian and the Independent on Sunday. In 2016, Country Music People magazine named his song ‘When Country Was Proud’ as one of the top 50 country songs from the last 30 years.

“The best singer-songwriter in the country field that this country (UK) has ever turned out.” – Country Music People

Max Bianco
Max Bianco is a singer songwriter born in the northeast of England. He is a former member of the once-hyped-band, The Jar Family, that ended early 2018. Max had already made a name for his self in the south of England and was already set on starting up with his new band, The BlueHearts. In 2018, Max won best acoustic act in Cambridge and East Anglia, and Best Song awarded by Kimberley Rew, landing the band in Kimberley’s studio to record their Debut EP. Max is playing a solo show.