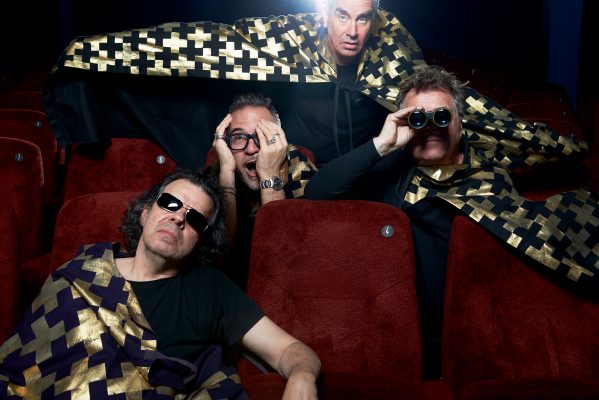 ***Tickets from the November show are valid for this event***

Legendary post punk provocateurs The Pop Group will be performing their new studio album ‘Honeymoon On Mars’ on a seven date UK tour in November 2016, following its release on October 28th. Dub titan and producer of their seminal album ‘Y’ and co-producer of Honeymoon On Mars, Dennis Bovell, will be joining the band on tour for a special live mix.

With Honeymoon On Mars The Pop Group open another chapter at a time when their iconoclastic contention is needed now more than ever. It’s a record that finds the band unwaveringly incensed and resolute in their mutative sense of innovation, as Stewart elaborates: “it’s a stand against manufactured hate, a hypersonic journey into a dystopian future full of alien encounters and sci-fi lullabies.”

Recorded and mixed in various studios in early summer of 2016, working with Bovell and Hank Shocklee (Public Enemy, Bomb Squad) the band realised a dream twofold collaboration, as Stewart concludes: “We’ve at last fulfilled a double fantasy to work with our two favourite sonic assassins, Dennis ‘Blackbeard’ Bovell and Hank Shocklee. We’re in awe as Dennis, the Captain Kirk of dub is taking us on a hyper sound voyage into the future, and Hank, as always tears up the rules totally upholding our faith in the absolute value of noise. We’ve gone completely off the map.”

Talking about working with The Pop Group, Shocklee highlighted the band’s abiding lack of compromise: “The Pop Group sound has a level of freedom, fun and creative musicianship in their recordings that is a special and rare find in today’s world. Their uncompromising spirit to be themselves and not worry about fitting into a musical box, sets them apart.”

Long-time collaborator Bovell added: “It’s been a great pleasure to be working with the guys again. They are truly beyond good and evil.”

The Pop Group upheld their reputation for incendiary spectacle during last year’s extensive worldwide tour which witnessed performances in Japan, Australia, United States and Europe as well as emphatic gigs on home turf, including Banksy’s Dismaland.

With support from Pete Um

Send this to a friend
Hi, Seen this on The Portland Arms site and thought it might be of interest!
Green Mind presents THE POP GROUP!
This is the link: https://theportlandarms.co.uk/wp/event/the-pop-group/