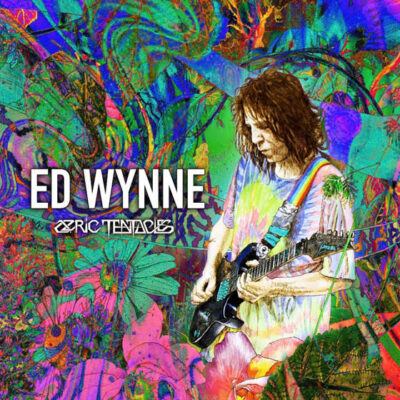 This is a rescheduled show from the 14th April

Ed Wynne is undoubtedly a gifted instrumentalist. He is credited as one of the linchpins of the UK festival scene’s re-emergence along with his band Ozric Tentacles, who formed at Stonehenge Free Festival 1983 and became staples of the Glastonbury Festival, with their most recent performance at Glastonbury in 2016 on the Glade stage.

With an incredible flair for creating masterful tapestries of sound, and for having sold over a million records worldwide, Ed Wynne’s debut solo album, Shimmer into Nature (Kscope), will be re-launched with bonus tracks to coincide with the tour.
Shimmer into Nature was recorded and inspired by the different locations Ed Wynne travelled to over three years, from deep in the Colorado Mountains, to the coastlines of Cornwall and South Devon, before being completed on Scotland’s East Coast by the Firth of Forth.
Expect an enthralling performance of Ed Wynne’s solo material and classic Ozrics