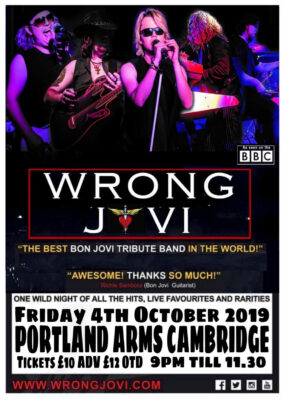 With attention to detail in sound and performance, The Wrong Jovi show is second to none. The band have also appeared live on FUBAR Radios Justin Lee Collins show where the listening audience were wowed by the bands acoustic renditions of Livin’ On A Prayer, Wanted Dead or Alive and Always.