The Magic Es +The Mojo Slide +The Fifths 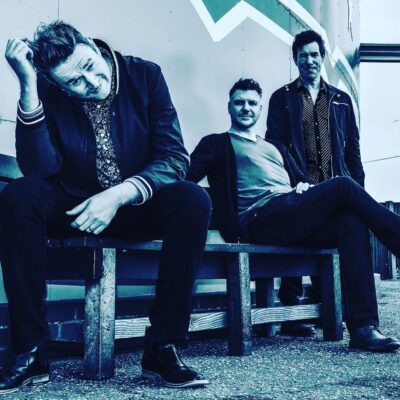 THE MAGIC Es plus supporting The MOJO SLIDE and THE FIFTHS.

In only 5 years The Magic Es have released 2 critically-acclaimed albums, 2 EPs and 6 singles. They’ve received radio play across the globe on 100s of stations and a mountain of enthusiastic reviews. What’s all the more remarkable is that they’ve done this without the backing of any label; pure, hard work and a love for making and playing music.

It’s hard to pigeon hole the band; they’ve been declared as “the best British rock band since Oasis” (Henry Lipput, cooldadmusic.com) while others, such as Don Valentine at I Don’t Hear A Single, compared their album Dead Star to The Stones and The Killers. Ultimately they’re a melodic rock band with pop sensibilities; memorable hooks and big choruses ooze out of every track.

They’ve completed UK tours and can be found gigging up and down the country on a regular basis. Their blistering live performances have earned them UK tour supports with South Africa’s biggest-selling rock band The Parlotones as well as support slots with Glass Caves, Pop Will Eat Itself and The Wedding Present.
The Magic Es, Spotify
​https://www.facebook.com/wearemagicuk/​​​

The Mojo Slide is a group of musicians, hailing from Cambridgeshire, united in their passion for blues-inspired alternative rock n’ roll music, The Mojo Slide make for a feisty, energetic performance everywhere they play!
Formed in 2011, they released their debut album ‘Twist Your Bones’ in November 2015 on DO IT Records. The album features a contemporary mixture of classic rock ‘n’ roll, and blues rooted alternative rock. They have had radio play on BBC radio 2,6, Absolute radio and Planet Rock, and all over the world on many radio stations.
​The Mojo Slide​​​
​https://www.facebook.com/themojoslide
https://www.youtube.com/user/themojoslide?fbclid=IwAR31qk4CL1lR_Ndb_ghXo4HpgkABihoETQUKHjJ1TeeZpMtXVdomKX1FRMo

The Fifths are a four piece Indie Rock band based in Cambridge, UK. The band fully formed in December 2017, with their first gig coming just a month later at The Junction in Cambridge. Starting out writing songs with foundations in The Strokes, Arctic Monkeys, Bloc Party and The Clash, they released three singles in summer 2018, with their debut ‘Chance It’ receiving a particularly warm reception.
Since then influences have expanded, drawing on both proto and post-punk from the likes of Television/Interpol, neo-psychedelia, contemporary hip hop, G-funk and 70s funk. However their indie rock origins are still ever present. The resulting sound can be heard in recently released singles ‘AWOL’ and ‘MAD’
Since formation, the band have played many gigs across the east of England and have played with the likes of Rare Americans, October Drift, The Extons, Vigilantes and Among the Citizens.
​The Fifths, Spotify​​​
​https://www.facebook.com/TheFifthsUK/
​https://www.youtube.com/channel/UCJd4MPP3NxrlXGhfnEWVo2Q