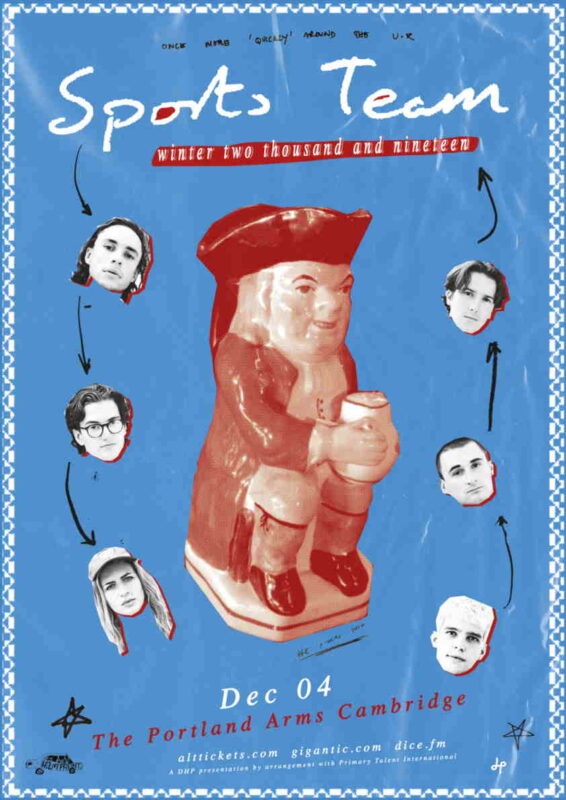 “Injecting guitar music in 2018 with a bravado often left in the ‘90s and possessing an arsenal of indie hits that could become classics, this six-piece want to inspire devotion and community.” – DIY

Six-piece Sports Team met in Cambridge, swiftly making a name for themselves on the back of their visceral, erratic live shows – a feature that has remained a hallmark.Their debut EP ‘Winter Nets’ was released in January 2018 and serves as a darkly humorous introduction to their weird world, channelling a lyrical cynism that touches on young professionals and provincial cliches.The ensuing 12 months were good to the band, with a sold out show at London venue Scala, the formation of their own label ‘Holm Front’, and follow up single ‘Kutcher’ named BBC Radio 1’s Hottest Record in the World.

Back in the studio with Reid for their second EP ‘Keep Walking,’ the band went on to sell out Camden’s 1500-capacity Electric Ballroom, despite not yet having a debut album under their belts.Latest single ‘Here it Comes Again’ takes things up a gear once again, cementing Sports Team as one of the country’s most important and exciting discoveries.