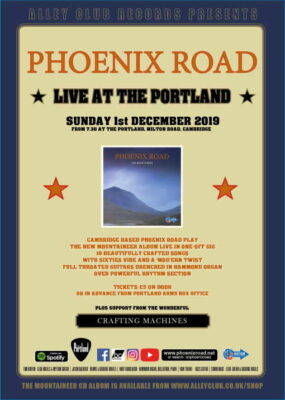 It all began with a fun recording project, when Tom Hinton contacted his long lost buddy Jason Baldock to record ‘a song or two’ at The Crunch www.facebook.com/thecrunchnorwich – Jason’s amazing recording studio near Norwich. One song became two and two became ten – and grand plans for a proper studio album called THE MOUNTAINEER were laid. Andy Fairclough came up from London in to record Hammond Organ, Piano & Mellotron and the PHOENIX ROAD sound was born! Paul Sawtell, heard some of the tracks over the summer, while they were in progress and loved the 60’s vibe. He quickly signed PHOENIX ROAD up to his new Cambridge based Alley Club Records www.alleyclub.co.uk label, where the CD album can now be ordered. That might have been the end of it, but Jason and Andy were up for playing live… Tom didn’t need too much persuading and set off to find a bass player (as Jason had recorded drums and bass on the LP – and even he can’t play both simultaneously)! Thanks to the FIND MY BAND app – Tom was contacted by the wonderful Ivan – a musical wizard recently moved from Croatia to North London. The first gig is set to be at The Portland Cambridge (Tom and Jason’s old stomping ground)and the entire album is going to be performed live in track order. Tickets are a fiver each, however if you order a CD (£9.99)from Alley Club before the event you will receive two FREE tickets and you’ll be up a penny!!! 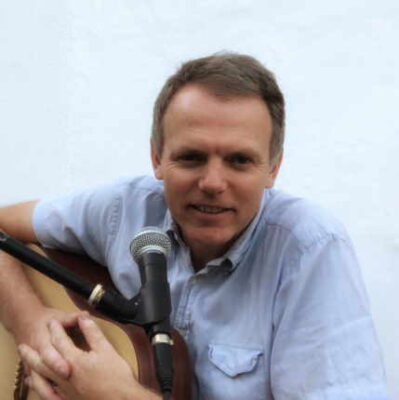