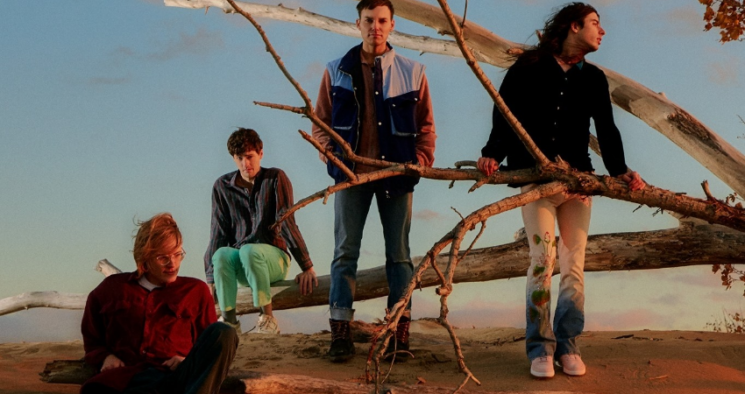 This event has been cancelled. Refunds are available from point of purchase.

Eight years and four albums into it, the artistic arc of Nap Eyes finds itself tracing a line alongside frontman Nigel Chapman’s daily Tai Chi practice. Those first years and albums are the cold mornings in the park: the measured movements, the joint aches, the self-doubt. With each new release, an incremental and invigorating step forward. And with the end of each album and tour, a return to the beginner’s practice. And now, Snapshot of a Beginner, Nap Eyes’s boldest, most concentrated and most hi-fi album to date, a study of that repeated return and all that it can teach you.

The fact that you’ll never reach some idealised goal of self-mastery is exciting and a very good thing, said Chapman of both his musical and meditative endeavours. It’s necessary to be patient and to accept whatever’s happening now. Whatever you understand today, there will always be much more to learn, and so there’s not much cause for either self-congratulation or self-negation. This is part of Suzuki’s idea of the ‘beginner’s mind’ [see: Shunryu Suzuki, Zen Mind, Beginner’s Mind, 1970], that even after years of practice, a person should maintain an open-minded willingness to learn. For a true rank beginner, this attitude also serves as a potent inoculation against overly harsh self-judgement. There’s an immediately noticeable leap in arrangement and muscle on Snapshot…, one that still holds the raw, nervous energy and the earnest, self-deprecating poetry that make Nap Eyes an enduring cult favourite. The music still brings to mind the bucolic ennui of the Silver Jews and Daniel Johnston’s jittery naïveté. But the new sheen and maturity also now brings to mind the wide-angle appeal of The Jayhawks and the addictive brightness of Green Day’s Kerplunk!.