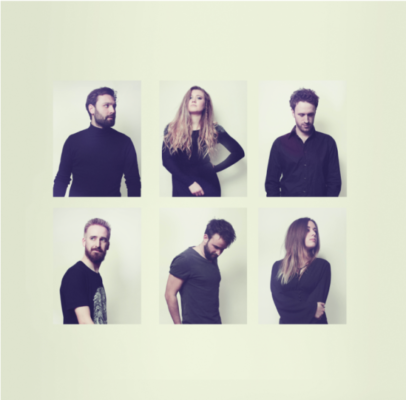 East Anglian Rock / Americana collective Morganway released their debut self-titled album in August 2019, and are playing a selection of tour dates around the UK in support of the album including this homecoming show at The Portland Arms!

Morganway was founded in 2016 by twin brothers Callum (vocals/bass) and Kieran Morgan (lead guitar), and genre-defying keyboard player Matt Brocklehurst. Their numbers quickly grew as their sound developed, with singer SJ Mortimer, whose growling vocals were a perfect complement to the Morgan brothers gritty guitar work, and fiddle player Nicole J Terry joining the ranks. The last member to officially join was drummer Ed Bullinger, whose diverse playing adds an urgent, yet tactful texture to the fray.

Inspired by the likes of Bruce Springsteen, Fleetwood Mac and other classic guitar bands such as The Eagles, Morganway have quickly built a name for themselves on the UK live circuit. They have already received accolades from Radio 2’s ‘Whispering’ Bob Harris, swathes of recognition from the country press, two nominations from the BCMA awards, support slots with The Shires, CC Smugglers, Wildwood Kin and an Under The Apple Tree session, slots at Cambridge Folk Festival, Black Deer, Wood Festival, Country 2 Country, The Lovefields @ Glastonbury and Lakefest.

Peppered within their classic rock influences are aspects of country, Americana, pop and even bits of indie. Their ability to dance around genres yet keep a cohesive sound has been one of the principal reasons Morganway have such a captivating live show. Fans are taken on a journey through vastly dynamic soundscapes at their concerts.

mix of Americana and all its contributing influences takes the breath away.”

“Their blistering set on the Icon Stage certainly drew in the crowds, making them one of the most exciting prospects to appear on the scene since The Wandering Hearts.”

“Morganway demonstrated real crossover appeal and have a sound that should appeal to classic rock, pop and Americana fans. A great show from a band who should go far. “