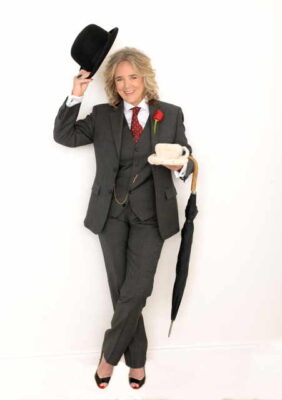 Her solo play chronicles her spiritual, social, sexual, and psychological journey on the road to living comfortably in her skin and life as a gay woman. Inspiration for the show comes from her dramatic escape to the United States, from the UK in 2005 and the strange adventures that have followed her around ever since. The play is filled with her stories as a missionary in Honduras, cycling in France, fishing in Positano, drinking Moet Chandon in Hollywood, teaching English in Italy and falling in love with an Australian cellist.

‘A Very British Lesbian’, also takes moments from Fiona’s former life as a practising psychotherapist and life coach that led her to become a behaviour specialist on the TV show “Britain’s Worst Teenager.”

This play is directed by the internationally acclaimed Wendy Hammers, whose theatre directing credits have included John Ciccolini’s ‘Frank Sinatra Screwed Up My Life’ (2013 LA Comedy Festival Winner) and Stephanie Blum’s ‘When I Cough I Wet Myself, to name but a few.