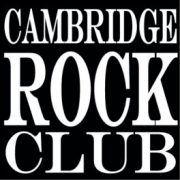 Our first event is to be on July 14th at the Portland Arms with local superstars Hollowstar headlining. Hollowstar hail from St Ives and comprise of Joe Bonson on Vocals and Bass, Phil Haines and Tom Collett on Guitars and Jack Bonson on Drums. Their style is very much influenced by the likes of Alter Bridge, Black Stone Cherry and Slash and they do not disappoint! They perform regularly across the UK and have achieved a lot of airplay on national Radio with their first EP; Future City. Hollowstar are quickly showing themselves as one of the leading bands from Cambridge and so it is a real treat to have them at our first event.

In addition to Hollowstar we have Stormdreamer starting the show. A group of young lads making a great start on their musical journey.  Stormdreamer are a young 4 piece rock band from Cottenham/ Histon playing original songs and Classic rock covers. Influences include Nirvana, Jimi Hendrix & Black Sabbath. Starting when they were just 12 years old, they’ve now been together for 3 Years and have played nearly 30 gigs, including 2 appearances at The Junction fiverfest. They presently have their 2015 EP release ” No Winners In War” available on iTunes. Stormdreamer are Jamie Gilbey (Vocal), Adam Vining (Guitar), Sam Wege (Bass) & Will Futter (Drums)

Lastly we have The Electric Lights providing some mid-evening entertainment. Cliff Ward and Lester Lloyd-Reason on lead vocals and guitars, Ian Turner on drums and Pete Ord on bass shall be playing some classic rock/modern day indie Rock originals. Currently recording their first album due for release on vinyl in the not too distant future this is a hotly anticipated release!

In addition to such a great evening of live music we shall also have DJ Neil Jones AKA “CHURCH OF NOISE” playing in between the bands and making sure this is a high energy event!

As this is our first ever show there will also be a free gift for every gig goer and we shall have special edition posters for sale that will be signed by the bands on the night!