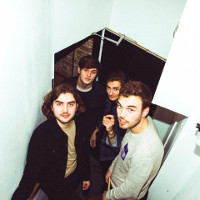 Airways is a recently formed indie rock group with Jake (vocals/guitar) and Alex (guitar) from Peterborough, Jamie (Bass) from Birmingham, and Brian (drums) who moved from Chicago to join the band. After releasing their second single, One Foot, the band has gained attention throughout the industry. In August 2016, One Foot was BBC Introducing Track of the Week on Radio 1. The band was then selected to perform on the BBC Introducing Stage at Reading and Leeds

Send this to a friend
Hi, Seen this on The Portland Arms site and thought it might be of interest!
Green Mind presents AIRWAYS!
This is the link: http://theportlandarms.co.uk/wp/event/airways/