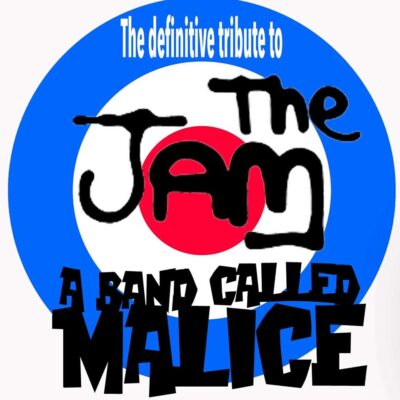 A Band Called Malice – The Definitive Tribute to The Jam

Rapidly becoming the UK’s most popular tribute to The Jam, you are guaranteed to be taken right back to the late 70s/early 80s as the band recreates hit after hit of The Jam, one of the most influential and iconic bands in music history. With a wealth of experience, Andy Coultas, the frontman of the band has over 10 years experience performing as “Paul Weller.”  The band is committed to giving a performance that is both energetic and authentic capturing the raw essence of the Woking 3!  Expect to hear all the classics such as “That’s Entertainment”, “Going Underground”, “Town Called Malice and many more.

A Band Called Malice recently performed in Carnaby Street, London to rave reviews releasing a video from this performance and in one week this has had over 230,000 views.

If you love The Jam, you really don’t want to miss this show.. see you there!!